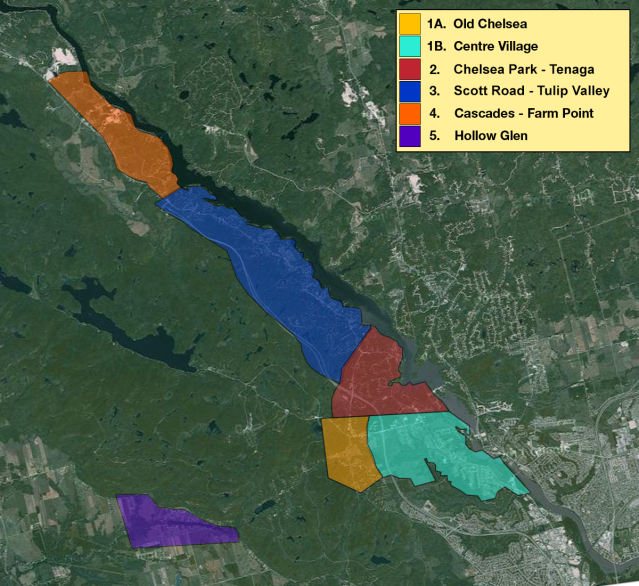 Chelsea’s trails have served this region for more than 150 years. Used first by local homesteaders the trail network was built to access  farms and small communities,  At one time,  skiers from Ottawa would take the train to  any one of several CPR railway stops and ski into what is now Gatineau Park. Although the train stations are gone and some of Chelsea’s trails have been lost to housing developments, many pieces of that old trail network are still used by residents today.

In each neighbourhood, the trails play a unique role and contribute to the vitality of the community. Some are official municipal trails while others are informal trails that have sprung up on private lands over the years.  As Chelsea grows, the face of our trails is changing. New developments have an impact on the trails systems. In some cases, they allow for a whole new network to be built and in other cases, they may threaten existing trails.

However, to keep our trail system alive, we need to advocate for our trails, look after them, protect them, and plan for their future.

In 2013 SCT began building its volunteer force of trail builders to construct and maintain the trails network in collaboration with the Municipality. Each year, these volunteers are adding new kilometers of trails to the Municipal network

In 2013, SCT worked with the Municipality and council  to generate and incorporate an Active Transport Plan into the Master Plan.  We raise money to contribute to the Municipality to support the grooming costs of the winter ski trail on the railway corridor. For planning purposes, Chelsea Trails has divided the Municipality into six sectors, assigned a Trails Champion for each sector and is taking an active role in monitoring trail related activities in the area.