The trail building in the area encircled by Old Chelsea, the 105, and Scott is a good example of the spirit and vision of Chelsea Trails. This ‘triangle’ contains two elementary school, the Meredith Centre, and many homes and municipal green spaces. But right now, in many cases, a child living 500 metres from their school can’t walk or bike there. This is particularly true if the only entrance to a home or street is off of the 105, on which children are not allowed to ride their bikes (since the speed limit for cars is 70km/hr).

Marc Desjardins, the SCT Sector Champion for this area, hopes to change all that. For the past several years, Marc has been working with the municipality and local landowners to create a system of footpaths that can link streets in this area to each other and to access points on Scott and Old Chelsea. Work this summer  will be done behind Ben’s Towing but there are also three other paths in this area that have either been restored or are in the planning stages. Much of these trails follow municipal corridors, but some portions are only possible thanks to the collaboration of local landowners. Marc has knocked on many doors and held open meetings to garner support, and has taken the wishes of local landowners into account when designing certain portions.

As always, these improvements would only be possible with many hours of volunteer effort, in collaboration with the municipality. One important volunteer has been Leilak Anderson, a certified arborist, who has kindly donated and delivered extra mulch for the trails. 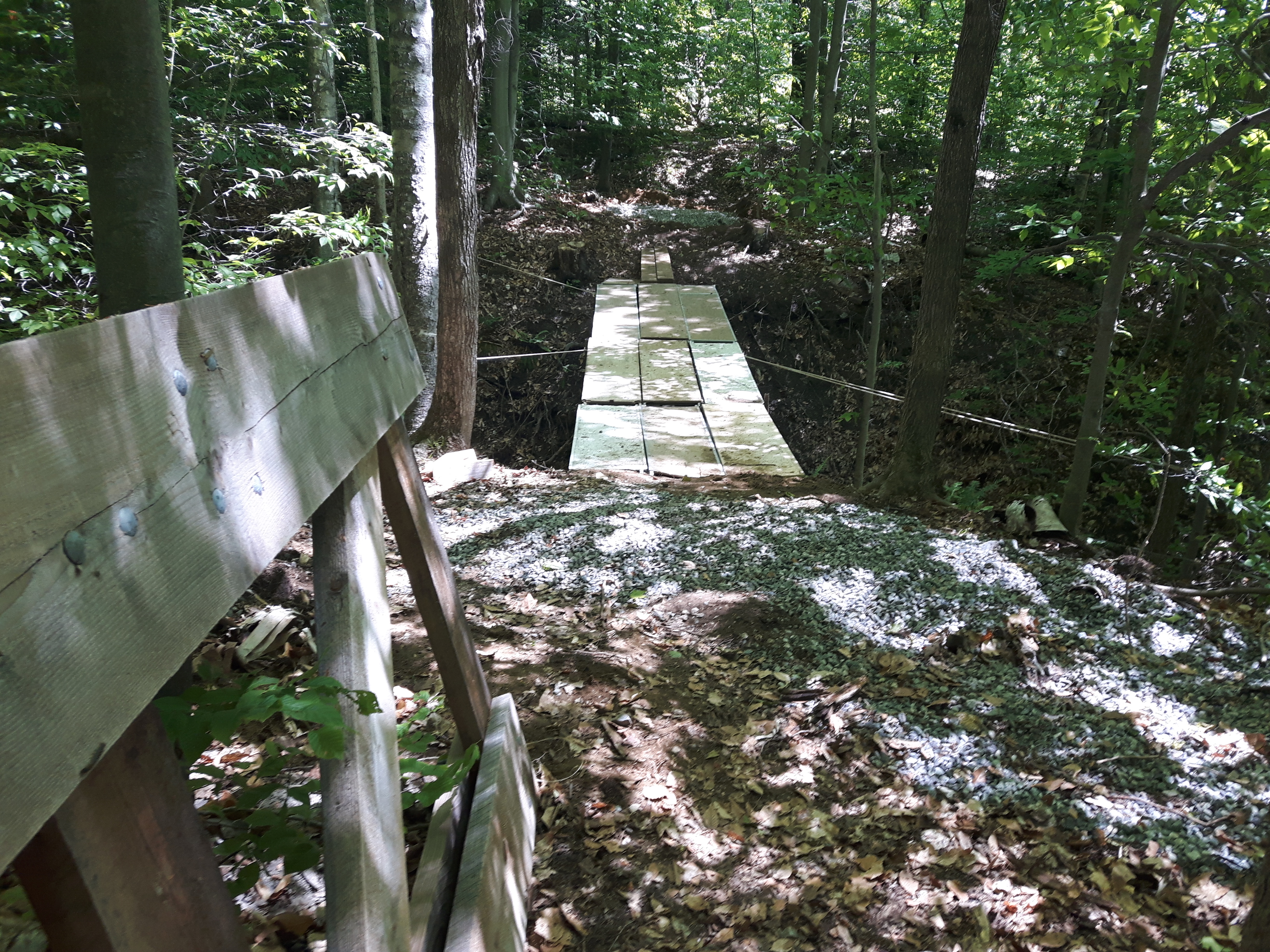